Mayo woman Sara Cosgrove is swiftly putting her own stamp on the hugely popular RTE show Home of the Year.
The Westport-native has been drafted in as a judge for this year’s series of the hit programme.
“It’s all very surreal at the moment with the show. I was the biggest armchair judge out there. This time last year I was on the sofa going, “Hugh! How can that be a seven!” It was like a parallel universe and suddenly I’m standing in a room with Hugh and Amanda having to come up with a score.”
“It was a total surprise. If you had told me six months ago that I was going to be a judge on Home of the Year I would have probably laughed at you. It wasn’t something that I had ever considered. I have never done any television or anything like that and never thought it was on my path,” said Sara.
While it may have come as shock to the modest Mayo woman, it is less of a revelation to those aware of her incredible design pedigree.
Sara is an award-winning interior designer and the founder of two design businesses – Sara Cosgrove Studio and Grove & Co. She and her teams work on a wide range of projects globally, including residential private commissions, multi-unit developments and hospitality.
Prior to setting up her own business in 2014 she worked at a number of top design houses and was appointed the Head of Design at Harrods London. During these years she specialised in high end residential, retail and development projects.
A TV producer spotted Sara when she did a short social-media based series of interviews with creatives and designers.
“It all sort of snowballed quite quickly and within three weeks of talking to RTE I was on the road,” said Sara.
She has quickly settled in and joined fellow judges Hugh Cahill and Amanda Bone in running the rule over some of the most stunning homes in the country.
“It was great craic and I loved travelling the country with Hugh and Amanda.”
“I went into it with quite a strong sense of what I was looking for and I tried to stay true to that. I really wanted to get the sense of the home. It is Home of the Year. It’s not House of the Year, it’s not Architectural Marvel of the Year. The homes that for me felt really cosy and had flow, they all hung together. I felt if I was going to do the show I had to be really honest to my own values.  It was really important to me that I was looking at the homes as functioning, family homes. Wile architectural elements are really important, what’s most important to is does the space work as a place to live in and enjoy,” said Sara.
She credits her family with instilling in her an eye for design and creativity.
My parents for sure. They built their first home when they were a kid and then they built an old house that needed so much work, so I sort of grew up in a building site. It was just infectious. They always had books of design and architecture. I was the kid who was never brought to the park, I was brought to an art gallery or an exhibition or play. My parents never really treated me as a kid, they just brought me on their creative journeys. I have memories of going down to the Cotton Box in Galway looking at fabrics when I was six or seven.
My mum said when she was pregnant she used to read House & Garden and she is convinced that it went in by osmosis! She still says that to this day!
Sara’s top tips for styling your home:
“Invest as much time as you in getting the design and original concept right. Every project we work on here we have one hero page that we would revert back to. If you have a really strong concept at the outset it will hold you tight throughout the whole journey.”
“Really understand how the light is hitting your home, where the sun is landing. That may influence  you how you use different rooms. For instance, if have a north facing rooms, they might be more suited for evening use. It’s always nice to have kitchen facing the sun because you’re more likely to be using it in the morning or during the day.”
“Don’t underestimate the power of paint. Paint is such an incredible tool that can really influence a space. If you have a darker room, and there is nothing you can do about it, paint it really nice, bright, fresh colours. It’s just going to maximise whatever light you are getting in.
“ 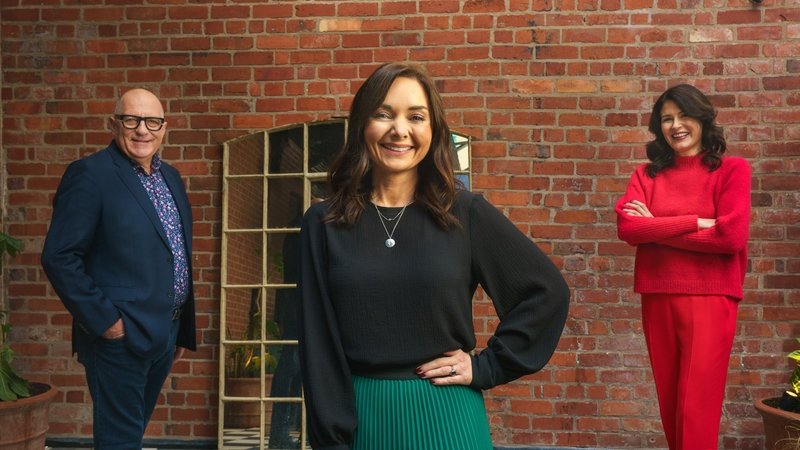 When you are making your big purchases measure out. If you are going to buy a sofa or a bed, get your access right. There is nothing worse than buying a lovely sofa or a bed but you can’t get it through the door.”
Comments are closed.

An air horn silences the crowd at Hi-Fi Rooftop Bar and patrons turn their attention towards the man with the noisemaker. It's 5:37 p.m. on the dot. "Another beautiful sunset in Dunedin!" bartender Jordan Hensley bellows. A bar-top drumroll is followed by three claps of cymbals and drinks are lifted in high-saluting cheers. I can't...

Filed under:The new Pico Boulevard restaurant above Bicyclette sits at the center of LA’s rising luxury dining market, truffles and allLos Angeles’s fine dining moment is here, marked by the return of the Michelin guide, the growth of places like Kato — now located at the Row DTLA, and striving...

What to Do in Amsterdam-Noord, the Dutch Capital’s Coolest Neighborhood – Condé Nast Traveler

What to Do in Amsterdam-Noord, the Dutch Capital’s Coolest Neighborhood  Condé Nast Travelersource

AdvertisementSupported byWhat I LoveThe director of ‘The Music Man’ pays more attention to the furnishings onstage than to those at home. But that suits him fine. 12 PhotosView Slide Show ›By Joanne KaufmanJerry Zaks has never been much for turning an apartment into a home.He likes things clean, and he...